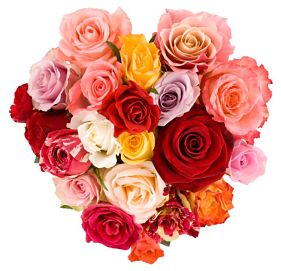 Valentine’s Day is celebrated every February 14 as couples across the globe honour their spouses, partners and sweethearts. Hundreds of years of traditions and customs have made it into the holiday that we observe today. Here are nine interesting facts about the holiday dedicated to love.
The history of Valentine’s Day and the story of its patron saint is shrouded in mystery. We do know that February has long been celebrated as a month of romance and that St. Valentine’s Day, as we know it today, contains vestiges of both Christian and ancient Roman traditions. But who was Saint Valentine, and how did he become associated with this ancient rite?
The Catholic Church recognizes at least three different saints named Valentine or Valentinus, all of whom were martyred. One legend contends that Valentine was a priest who served in 200 AD in Rome. When Emperor Claudius II decided that single men made better soldiers than those with wives and families, he outlawed marriage for young men. Valentine, realizing the injustice of the decree, defied Claudius and continued to perform marriages for young lovers in secret. When Valentine’s actions were discovered, Claudius ordered that he be put to death.

Other stories suggest that Valentine may have been killed for attempting to help Christians escape harsh Roman prisons, where they were often beaten and tortured. According to one legend, an imprisoned Valentine sent the first “valentine” greeting himself after he fell in love with a young girl–possibly his jailor’s daughter–who visited him during his confinement. Before his death, it is alleged that he wrote her a letter signed “From your Valentine,” an expression that is still in use today. Although the truth behind the Valentine legends is murky, the stories all emphasize his appeal as a sympathetic, heroic, and most importantly, romantic figure. By the Middle Ages, perhaps thanks to this reputation, Valentine would become one of the most popular saints in Britain and France.

Origins To A Bloody Pagan Festival
While some believe that Valentine’s Day is celebrated in the middle of February to commemorate the anniversary of Valentine’s death or burial, which probably occurred around AD 270, others claim that the Christian church may have decided to place St. Valentine’s feast day in the middle of February to “Christianize” the pagan celebration of Lupercalia that dates back as far back as the 6thcentury BC. Celebrated at the ides of February, or February 15, Lupercalia was a fertility festival dedicated to Faunus, the Roman god of agriculture, as well as to the Roman founders Romulus and Remus. To begin the festival, members of the Luperci, an order of Roman priests, would 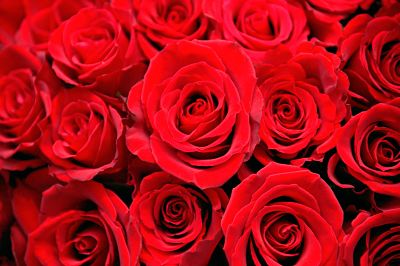 gather at a sacred cave where the infants Romulus and Remus, the founders of Rome, were believed to have been cared for by a she-wolf or Lupa. The priests would sacrifice a goat, for fertility, and a dog, for purification. They would then strip the goat’s hide into strips, dip them into the sacrificial blood and take to the streets, gently slapping both women and crop fields with the goat hide. Far from being fearful, Roman women welcomed the touch of the hides because it was believed to make them more fertile in the coming year. Later in the day, according to legend, all the young women in the city would place their names in a big urn. The city’s bachelors would each choose a
name and become paired for the year with his chosen woman. These matches often ended in marriage. The term “wearing your heart on your sleeve” may have origins in picking a valentine.
Lupercalia survived the initial rise of Christianity but was outlawed as it was deemed “un-Christian”–at the end of 400 AD, when Pope Gelasius declared February 14 St. Valentine’s Day. It was not until much later that the day became definitively associated with love. During the Middle Ages, it was commonly believed in France and Britain that February 14 was the beginning of birds’ mating season, which added to the idea that Valentine’s Day should be a day for romance.
Geoffrey Chaucer may have invented Valentine’s Day 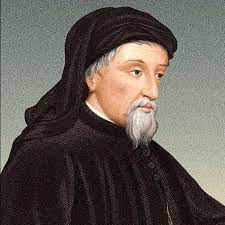 The medieval British poet Geoffrey Chaucer often took liberties with history, placing his poetic characters into fictitious historical contexts that he represented as real. No record exists of romantic celebrations on Valentine’s Day before a poem Chaucer wrote around 1375. In his work “Parliament of Foules,” he links a tradition of courtly love with the celebration of St. Valentine’s feast day–an association that did not exist until after his poem received widespread attention. The poem refers to February 14 as the day birds and humans come together to find a mate. When Chaucer wrote, “For this was sent on Seynt Valentyne’s day / Whan every foul cometh there to choose his mate,” he may have invented the holiday we know today.
First Valentine Was Written From a Prison

Valentine's greetings were popular as far back as the Middle Ages, although written Valentine’s did not begin to appear until after 1400. The oldest known valentine still in existence today was a poem written in 1415 by Charles, Duke of Orleans, who wrote the love letter to his second wife at the age of 21 while he was imprisoned in the Tower of London following his capture at the Battle of Agincourt. As a prisoner for more than 20 years, he would never see his valentine’s reaction to the poem he penned to her in the early 1400s. The greeting is now part of the manuscript collection of the British Library in London, UK. Several years later, it is believed that King Henry V hired a writer named John Lydgate to compose a valentine's note to Catherine of Valois.

Valentine’s Day is celebrated in the United States, Canada, Mexico, the United Kingdom, France and Australia. In Britain, Valentine’s Day began to be popularly celebrated around the 1600s. By the middle of the 1700s, it was common for friends and lovers of all social classes to exchange small tokens of affection or handwritten notes, and by 1900 printed cards began to replace written letters due to improvements in printing technology. Ready-made cards were an easy way for people to express their emotions at a time when direct expression of one’s feelings was discouraged. Cheaper postage rates also contributed to an increase in the popularity of sending Valentine’s Day greetings. 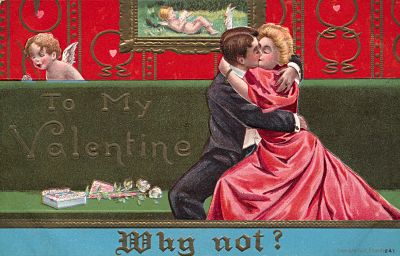 Americans probably began exchanging hand-made valentines in the early 1700s. In the 1840s, Esther A. Howland began selling the first mass-produced valentines in America. Howland, known as the “Mother of the Valentine,” made elaborate creations with real lace, ribbons and colourful pictures known as “scrap.” Today, according to the Greeting Card Association, an estimated 145 million Valentine’s Day cards are sent each year, making Valentine’s Day the second largest card-sending holiday of the year, only at Christmas are more cards sent. Women purchase approximately 85 per cent of all valentines.
Letters Addressed to 'Juliet'
Every year, thousands of romantics send letters addressed to Verona, Italy to “Juliet,” the subject of the timeless romantic tragedy, “Romeo and Juliet.” The city marks the location of the Shakespearean tale, and the letters that reach the city are dutifully answered by a team of volunteers from the Juliet Club. Each year, on Valentine's Day, the club awards the "Cara Giulietta" ("Dear Juliet") prize to the author of the most touching love letter.
Box of Chocolates 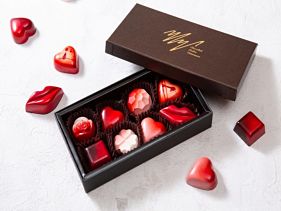 The Valentine’s Day tradition of giving a box of candy was started in the 1800s by Richard Cadbury, a scion of a British chocolate manufacturing family. With a new technique recently established at the company to create more varieties of chocolate, Cadbury pounced on the opportunity to sell the chocolates as part of the beloved holiday.
‘Sweethearts’ Candies Started As Lozenges
The iconic chalky heart-shaped candies that have been passed out lovingly every Valentine’s Day started as lozenges. According to the Food Business News, pharmacist and inventor Oliver Chase created a machine that would quickly create the lozenges before switching to using the machine to create candy—later known as Necco Wafers.
Chase’s brother came up with the idea to print messages on the candy in 1866, and the candies got their heart shape in 1901, appealing specifically to Valentine’s Day sweethearts. In 2019, the Sweetheart brand of conversation hearts was suspended for a year as the candy’s new owner, Spangler Candy Co., needed time to make a supply of the hearts for Valentine’s.
'Vinegar Valentines’ Discouraged Suitors
During the Victoria Era, those who did not want the attention of certain suitors would anonymously send “vinegar valentines." According to the Smithsonian, these cards, also called penny dreadfuls, were the antithesis of customary valentines, comically insulting and rejecting unwanted admirers. They were later used to target suffragettes in the late 1800s and early 1900s.
Cupid Began As A Greek God 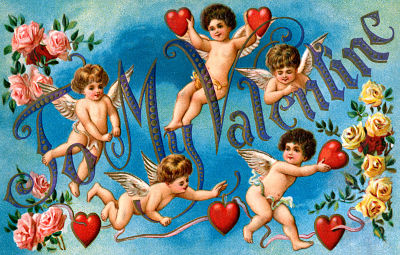 The chubby baby with wings and a bow and arrow that we call Cupid has been associated with Valentine’s Day for hundreds of years. However, before he was renamed Cupid, he was known to the ancient Greeks as Eros, the god of love. Eros, the son of the Greek goddess Aphrodite, would use two sets of arrows, one for love and another for hate, to play with the emotions of his targets. It was not until Romans told stories of his mischief that he adopted the childlike appearance that we recognize today.
Sealed With A Kiss
The idea of using a kiss to sign off on valentines also has a long history since “X” came to represent Christianity, or the cross, in the Middle Ages. During the same time, the symbol was also used to sign off on documents. After marking with an X, the writer would often kiss the mark as a sign of their oath. As the gesture grew among kings and commoners to certify books, letters and paperwork, these records were described as having been “sealed with a kiss.” 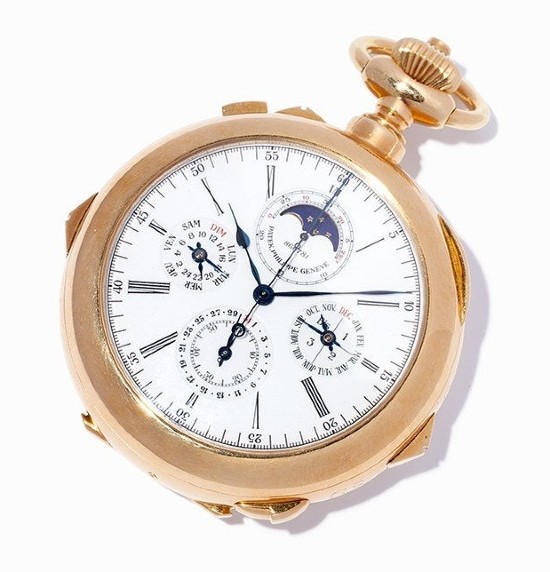